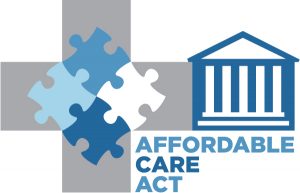 According to a recent study issued by Field Nation, an online work platform for connecting businesses and workers, 68 percent of companies said that the Affordable Care Act (ACA) will have a high impact on hiring more freelance workers and as a result, 74% will contract with more freelancers.

Following a national survey of 600 HR decision makers and 959 freelancers, they found that the ACA is triggering companies to hire more freelance workers, especially since 2016 is when the tax penalty for uninsured workers is the highest at $695 per employee. While 89% said healthcare benefits are key to attracting and retaining talent, nearly one-third of companies intend to eliminate them due to the ACA.  From the freelancer point of view, 60% said the ACA has impacted their workload in some way and 61% said they don’t currently subscribe to a freelancer-specific healthcare benefits plan.

The multi-billion dollar question is what if the government changes the terms of what constitutes an employee? Will companies actually be able to take advantage of hiring freelancers in a GIG economy or will the government say they need health benefits because their work structure makes them part of the organization. And if the rules do change and freelancers have to be considered for health benefits, will this change the mindset of businesses and cause them to cut back on freelancers?

And what does the freelancer want? Again, according to the survey, “They are willing to make less money to gain freedom and flexibility. When asked what their primary satisfaction is as a freelancer, 40% said better control over their time, followed by 24% who said their ability to use their skills to do things on their own terms. A staggering 74% indicated their ideal employment situation is freelancing or small business ownership as opposed to having a traditional full time job.”

For more information on the survey, go here.