Uber May Have Settled Lawsuit, But Will the Gov’t Agree? 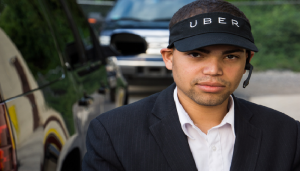 The $100 million question brought by the recent Uber driver lawsuit in California and Massachusetts is whether drivers using the Uber app should be classified as independent contractors or employees.

According the Uber website and CEO Travis Kalanick, the two sides have agreed that:

While almost 90% of Uber drivers say they want to be independent, the case, of course, brings up the question of what makes someone an employee. And while Uber and the Uber driver lawyers may have come to one conclusion, it remains to be seen if our governments agree on this determination.

Join the conversation at National GIG to help shape the future on this trending topic and go to NPR.ORG to participate in Aarti Shahini’s survey on how much Uber driver’s actually make.